What Buzz Word 'Authenticity' Should Mean to Brands 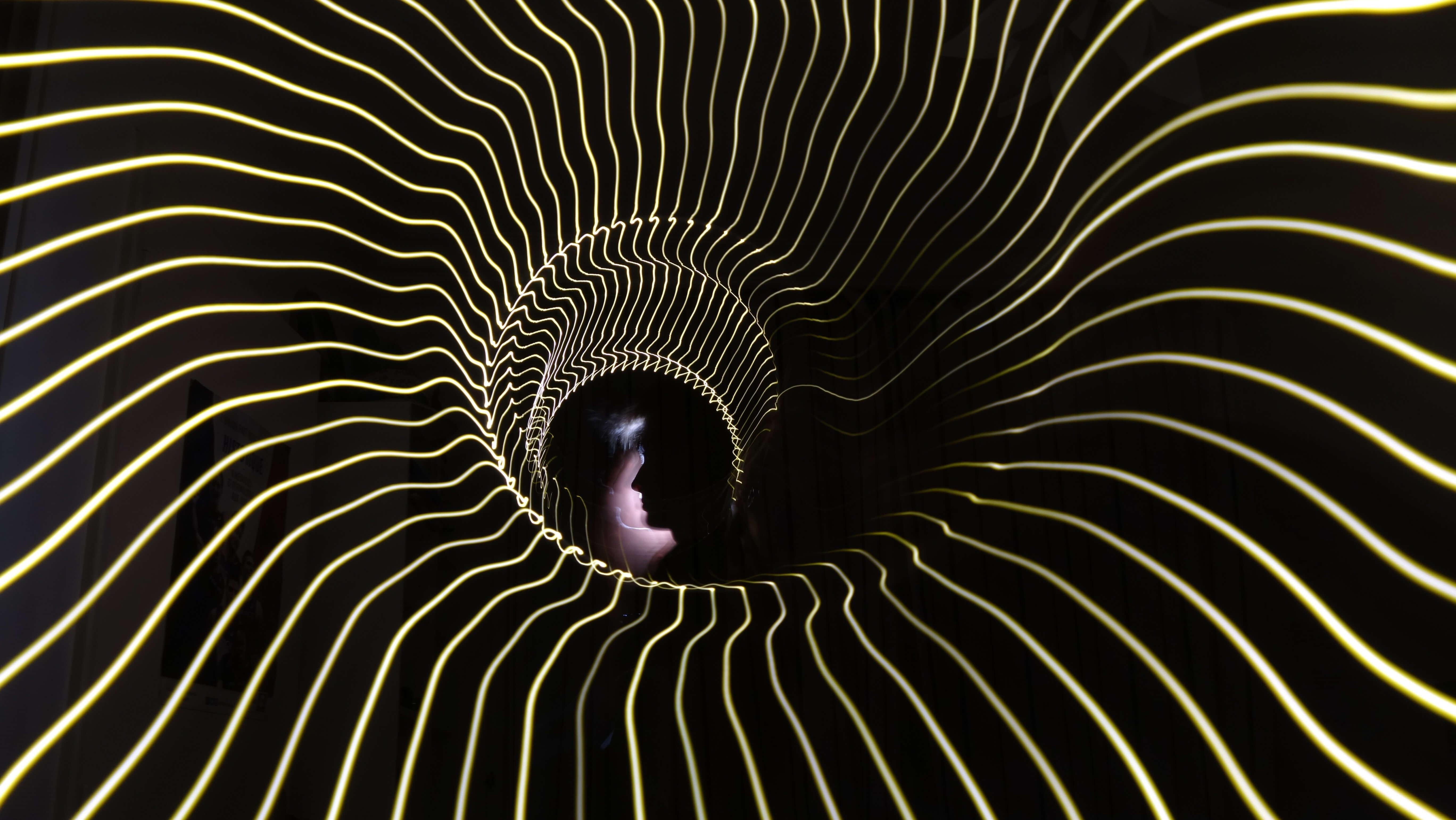 What Buzz Word 'Authenticity' Should Mean to Brands
Written by
Winter Mendelson
July 11, 2022

“As an individual, you don’t wake up each morning and say: ‘What does the world want me to be?’ The same applies to businesses.” — Ryan Gellert, CEO of Patagonia

One of the most over-used words and aspirational concepts for direct to consumer marketers is authenticity. In a world of growing consumer awareness and skepticism, people can easily see when a brand is jumping on a bandwagon or making a cheap cash grab.

For example, a report by Commetric last year found that “as a growing number of brands celebrate Pride Month, criticism for ’rainbow capitalism’ has never been louder, with many commentators feeling that corporations approach Pride as a box-ticking PR exercise without actually supporting LGBTQ+ communities.” Also referred to as Pinkwashing, this is a situation where companies seeking to appear progressive and modern use LGBTQ+ related issues in positive ways in order to promote the sale of products and/or distract attention from negative actions.

Another major example that was particularly in the spotlight last year was Greenwashing, a shady marketing ploy that provides misleading information about how a company's products are more environmentally sound than they actually are. Eco Business points out that, “every type of brand, from oil-rich governments to canned water manufacturers, tried to jump on the Covid-19-inspired sustainability bandwagon with a blizzard of net-zero, plastic-neutral, palm oil-free or gender-inclusive claims. So many companies said that sustainability is at the heart of everything they do, that they started to sound as if they were reading from the same greenwashing manual.”

The issue is that many (if not most) of these claims turned out to be false. Truth in Advertising even has a long roundup of companies and their products consumers should be mindful of that have been accused of not being as environmentally friendly as advertised.

A couple newsletters ago, I wrote how 2022 is the year of competing not on price, but on brand proposition. Yet this not only means having great brand values and positioning, but it means being able to PROVE alignment between what a brand claims it stands for and how it actually takes that stand.

The Allstar of brand purpose is often claimed to be Patagonia, the 49-year-old US-based outdoor retailer. Recently, it topped the list among apparel brands with the best reputation on the Axios Harris Poll rankings (2021). The enterprise has built itself as a thought leader in environmental protection, social activism, and sustainable practices.

No matter what social platform you view, you will find a consistent brand message which aligns with Patagonia’s purpose of propagating care for the planet and amplifying people’s voices who create a positive impact.

However, what is important here is that Patagonia doesn’t stop at promoting its values. It also takes steps to set things right where required.

For example, Patagonia uses 100% organic cotton and includes recycled fabrics in two-thirds of its products. A famous ad campaign during the Black Friday pre-Christmas sales period of 2011 told shoppers ‘Don’t buy this jacket’, just as most retailers were offering huge discounts. The idea was to encourage consumers to repair their old clothes rather than always buying new. It actually led to a spike in sales.

Ryan Gellert, the newly appointed CEO of Patagonia, was spearheading a hard-hitting campaign to defend public land rights in the US barely a week after his appointment. “We are a for-profit enterprise, but we’re committed to using our business to do more than just make money,” he says. Next, he was supporting a community energy initiative in Europe, followed by a coalition protecting citizens’ access to the vote in the state of Georgia.

In 2020, Patagonia suspended all its advertising from Facebook and its Instagram subsidiary because of its dissatisfaction with the former’s efforts to tackle hate speech and fake news. Gellert admits that this decision reduced “eyeballs on our messaging” and has made it harder to reach consumers. But he insists that the firm’s approach to marketing is what brings “energy, complexity and excitement” to the brand. To this end, Patagonia even sued the then Trump Administration over its decision to withdraw its protected status of approx. 2 million acres of land in Utah.

High-quality products, inspirational storytelling, and care for the environment are Patagonia’s key differentiators.

You simply can’t fake it, Gellert warns. “As an individual, you don’t wake up each morning and say: ‘What does the world want me to be?’ The same applies to businesses.”

This risk of hypocrisy leads to a crucial aspect of this case study: the way that Patagonia embraces being the imperfect activist. Patagonia is honest about any shortcomings and is clear about how these are being addressed. Regarding the first, it states on its website that “everything we make has an impact on the planet”, but that it’s working to mitigate that impact. As for the second, it reports the percentage of petroleum-based fabrics in its overall clothing range every year.

In order to develop a strong and authentic brand strategy, companies need to take a hard look at how their proclaimed values directly benefit the communities they claim to support. And, ideally, in a long-term capacity, not simply through a one-off campaign or donation. With this effort comes the need to be transparent on any shortcomings and plans for how to fix them.

‍(Tip: this could actually be a great opportunity to encourage collaboration and participation). It's also important to keep in mind that this exercise does not end with external communications and actions, but reigns true for internal company culture as well.

Winter Mendelson is the Founder and Executive Creative Director of Posture Media, an independent branding and marketing studio based in Brooklyn.

To subscribe to Winter's newsletter full of tips for D2C companies on brand-building and marketing, click here. 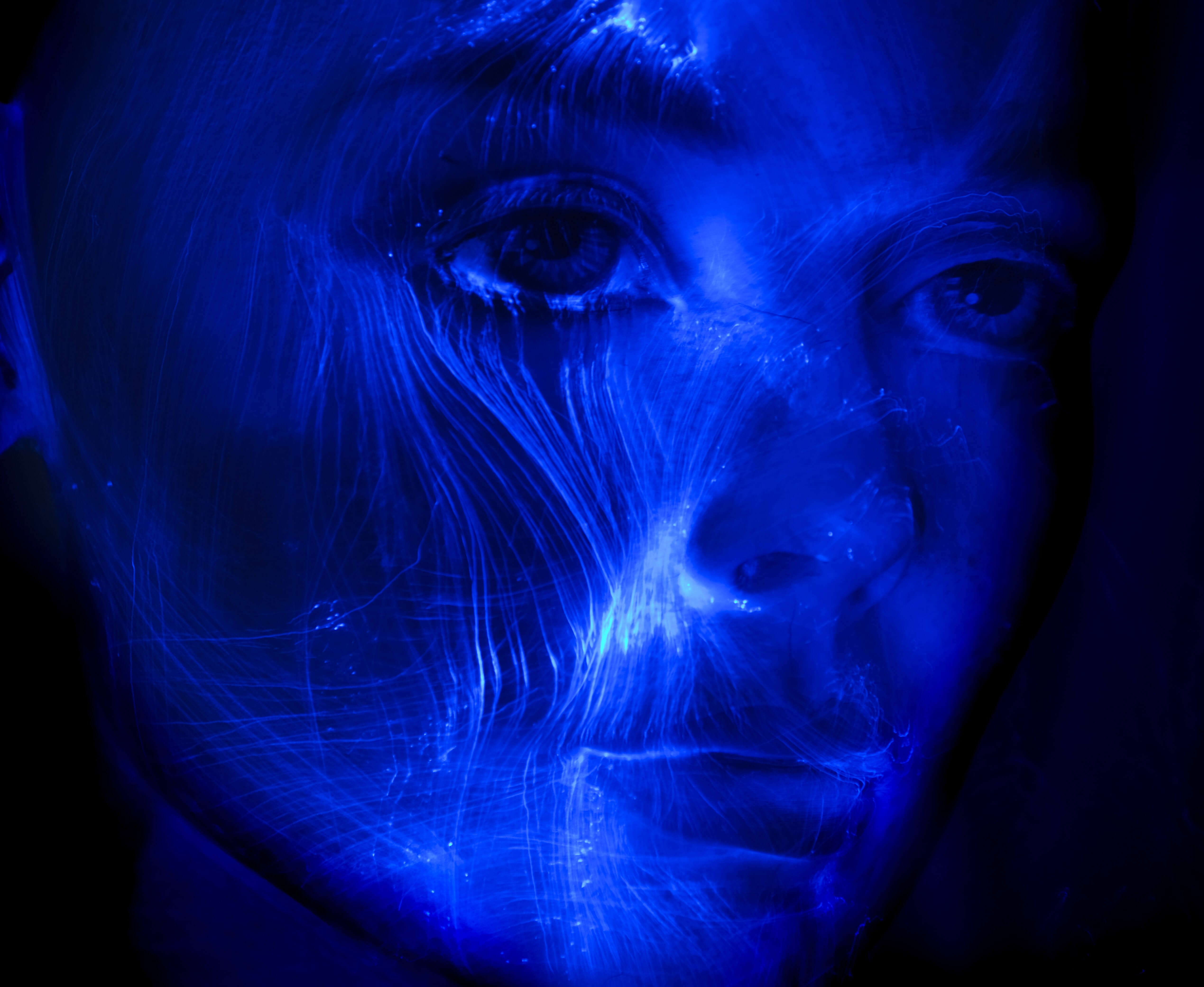 What is the Future of Brand-Building in the metaverse? 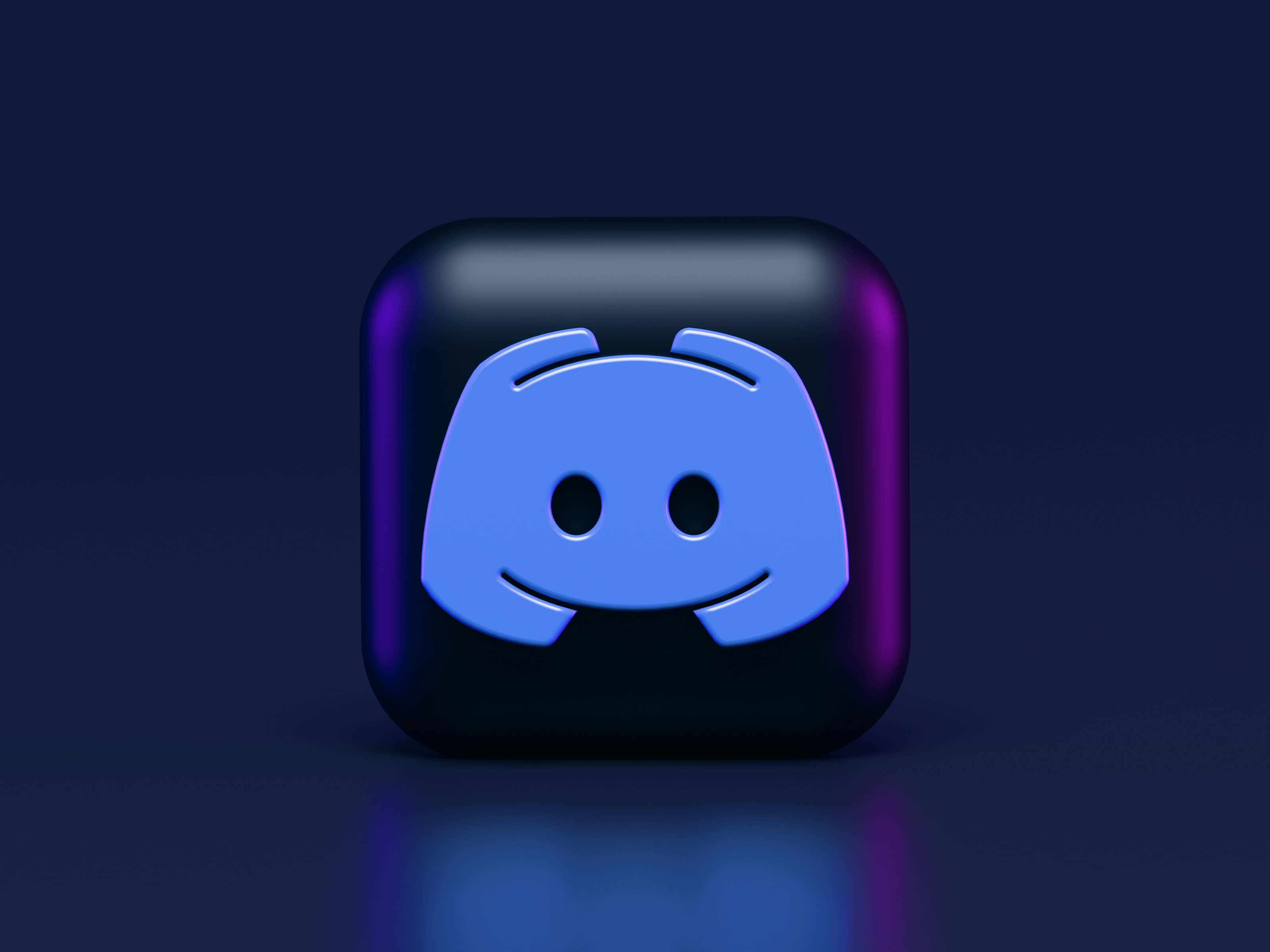 Discord Rising: How Brands Are Embracing Discord As Part of Their Marketing Strategies 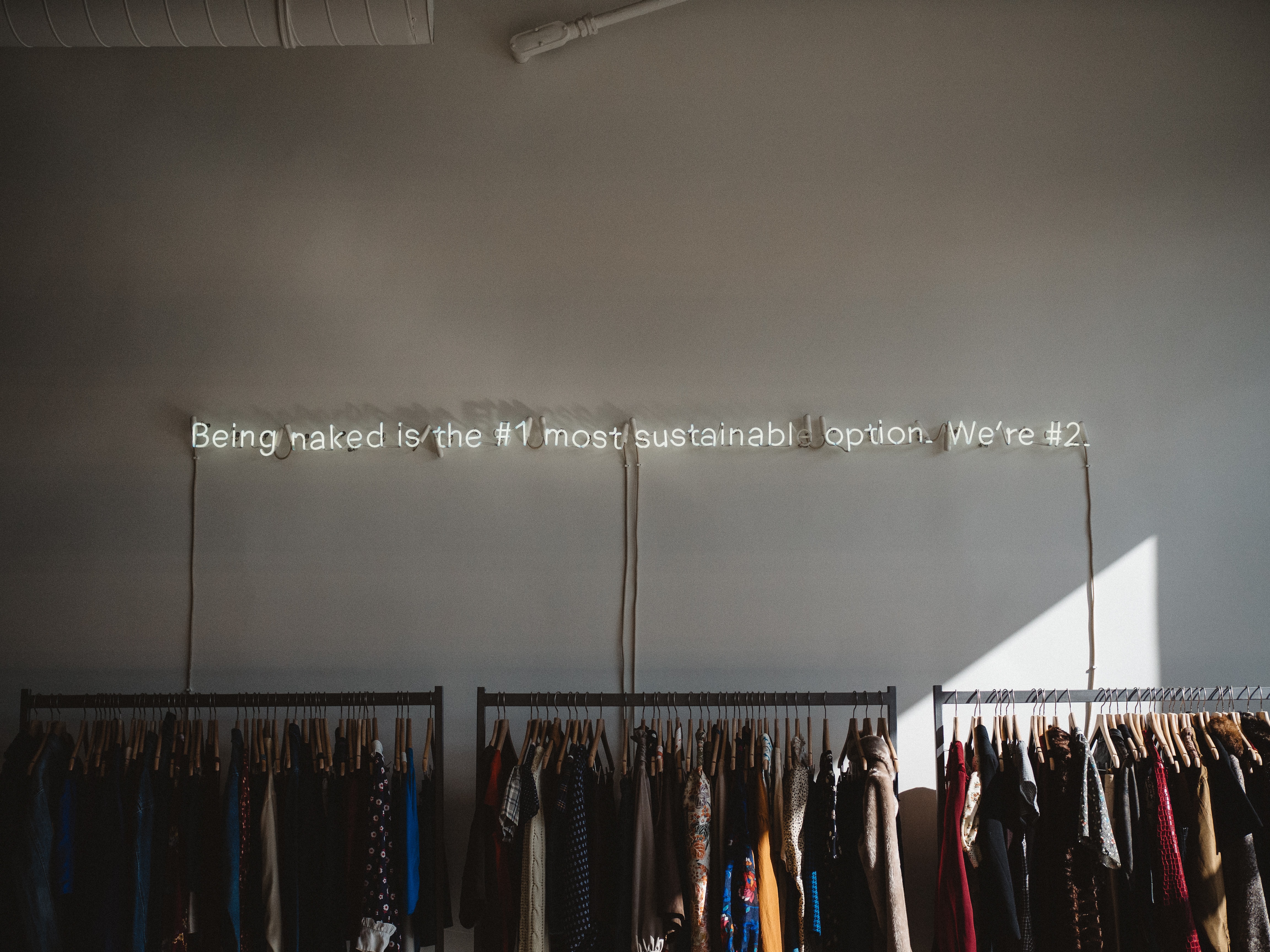